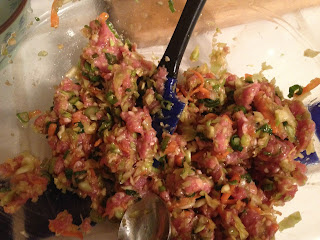 Pork with grated carrot, chopped cabbage, minced garlic and ginger, thinly sliced scallions, a dash of soy sauce, an egg, and a bit of salt and pepper. 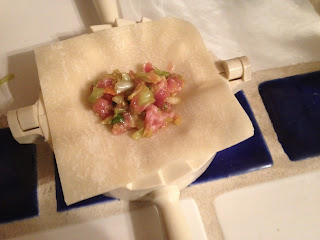 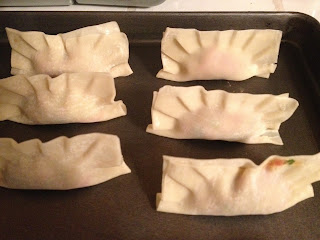 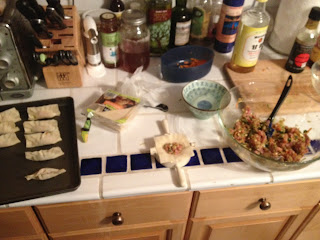 Used a dumpling presser which I used for the first time in cooking for this. Otherwise I had never used it for its intended purpose as it was my Playdoh toy growing up! 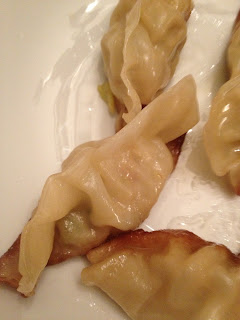 Place them in a little hot oil in a pan. When golden, throw on some water and the lid, cook for a bit, and uncover till super crisp!